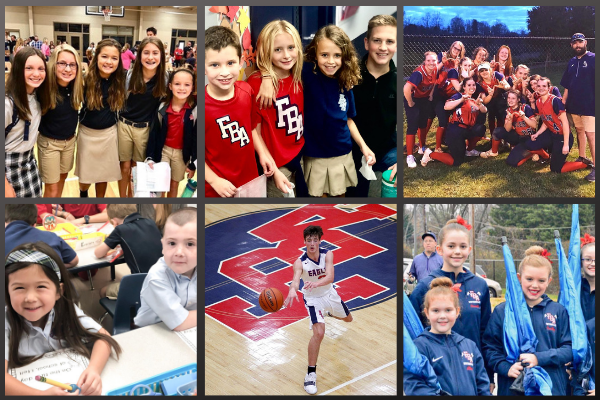 First Baptist Academy exists to assist parents by providing an excellent Classical education that fosters a biblical worldview, striving to equip students to impact the world for Christ.

First Baptist Church of Powell’s pastor, Phil Jones, was convinced that First Baptist Academy was God’s idea and not his. God began to place a burden on his heart for a school between 1997 and 1998. He did not share the burden with anyone for a while, but it kept getting stronger. In 1999, Pastor Phil began to talk with others about this ever-growing burden for a Christian school.  Early in 2003, it became clear to Pastor Phil that we were missing the Lord’s will in some way. Though there was very little opposition to the school, things were just not coming together as they should. Everything was put “on hold” in mid-2003. In early 2004, Pastor Phil was very discouraged about the Christian school and wondered where he had missed the Lord’s guidance. After a Sunday service, one of the church’s prayer warriors said something to him in passing. “I don’t know details,” she said, “but I believe God wants our school to be different from other schools.” “When one of the prayer warriors speaks, I listen!” said Pastor Phil. As Pastor Phil began to earnestly seek the Lord, he sensed that He wanted us to have a school marked by academic excellence, but one that would rule out no one because of a lack of finances. He began to understand that God wanted us to have a school that would always be supplemented by special gifts and the church budget (in increasing amounts). A percentage of students would pay tuition that would be in line with their family income, and the balance would be supplemented through donations and the church budget. Soon after, a new task force was drafted and they immediately began the painstaking work of organizing our school. As we got closer to the projected start date it was obvious that our school would also be different from most in that it would feature a classical approach to learning. The “revised vision” for the school was shared with the congregation to an amazing response. The members of First Baptist began to give generously and in August of 2006, the First Baptist Academy became a reality. The school has grown from 43 students to approximately 450 and we had our first graduating class in the spring of 2014. We are fully accredited by both ACSI and SACS (AdvancEd).  To God be the glory; great things He has done!